The single look. An architect thinks the cinema

Abada Editores published in January 2019 my book La mirada única. Un arquitecto piensa el cine [The single look. An architect thinks the cinema]. The recognised research magazine EGA [Revista de Expresión Gráfica Arquitectónica] has recently published in the issue number 35 a very complete review of it, which in my opinion summarizes perfectly its intentions and contents. In this article it is added to the transcription of the review some images of the book, as well as its detailed index.

The book proposes a specific and very personal look on a subject that is currently very studied, such as the relationship, or possible relationships, between cinema and architecture.

Under the double optics of its author, as an active architect and teacher of Architectural Projects at the School of Architecture of the Universitat Politècnica de València, the possibility of transferring the specific patterns of architectural analysis, and its representation models, to the cinematographic discipline is studied. The detailed observation of twelve French films made in the environment of the fifties and sixties, as well as the study of the documentation available about them at the Cinémathèque Française de Paris, become the main vehicles to investigate the specific look that an architect can interpose on the cinematographic construction.

The starting point is the equivalence that, according to the author, can be found between both professions in all its production phases. Initially the architect receives a program that must be solved, while the filmmaker must give form to a previous story. Next, both professionals must prepare a working document, prior to the construction of the work: the architectural project and the film script. During the execution of the building or the film, both should organize the work of multiple workers specialized in very diverse branches. Finally, the exhibition of the film or the inauguration of the building complete the creative process. 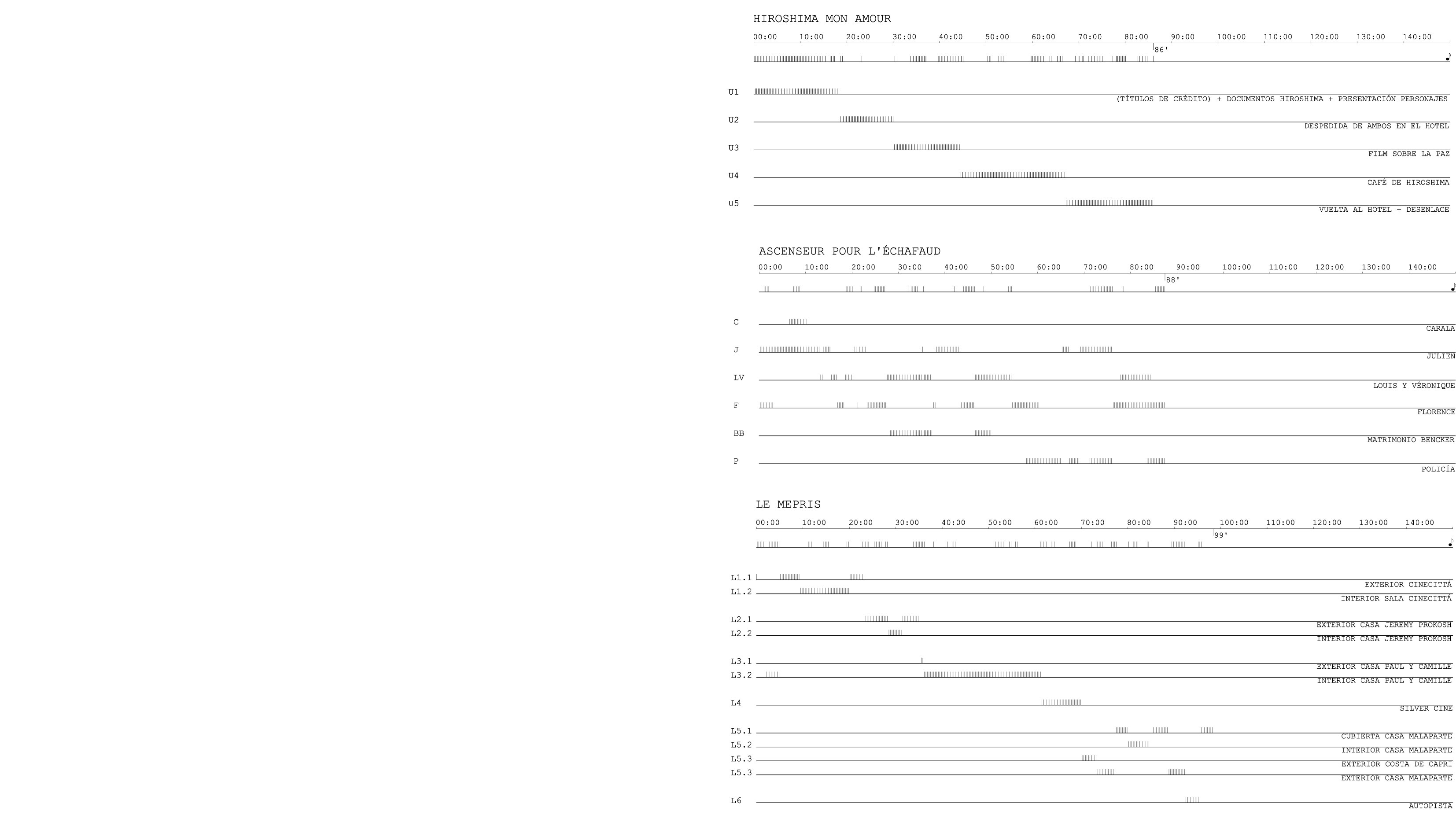 From this initial premise, the author investigates how cinema and architecture share the same look, and how remaining both creative activities receptive, they can feed back on each other, deepening in some aspects inherent to both professions. Therefore, a round-trip path is proposed in which strategies, and sometimes results, are shared.

Unlike other texts that connect architecture and cinema from narrative or spatial aspects, such as those that deal with the use in cinema of the inevitable sets, real or fictitious, the book proposes another look, the operative view of the executor, of the one that establishes in base to a previous intentions a specific system destined to the construction of a singular and unique product. This is what differentiates this essay from other publications, it speaks about the architect and the filmmaker, not so much about the architecture and the cinema.

The conclusions derived from this study allow the author to affirm that the possibility of a shared analysis between architecture and cinema as visual disciplines, that is, the existence of a certain common and unique look, is possible thanks, among other things, and essentially, to the collaborative and projective condition that both professions share. 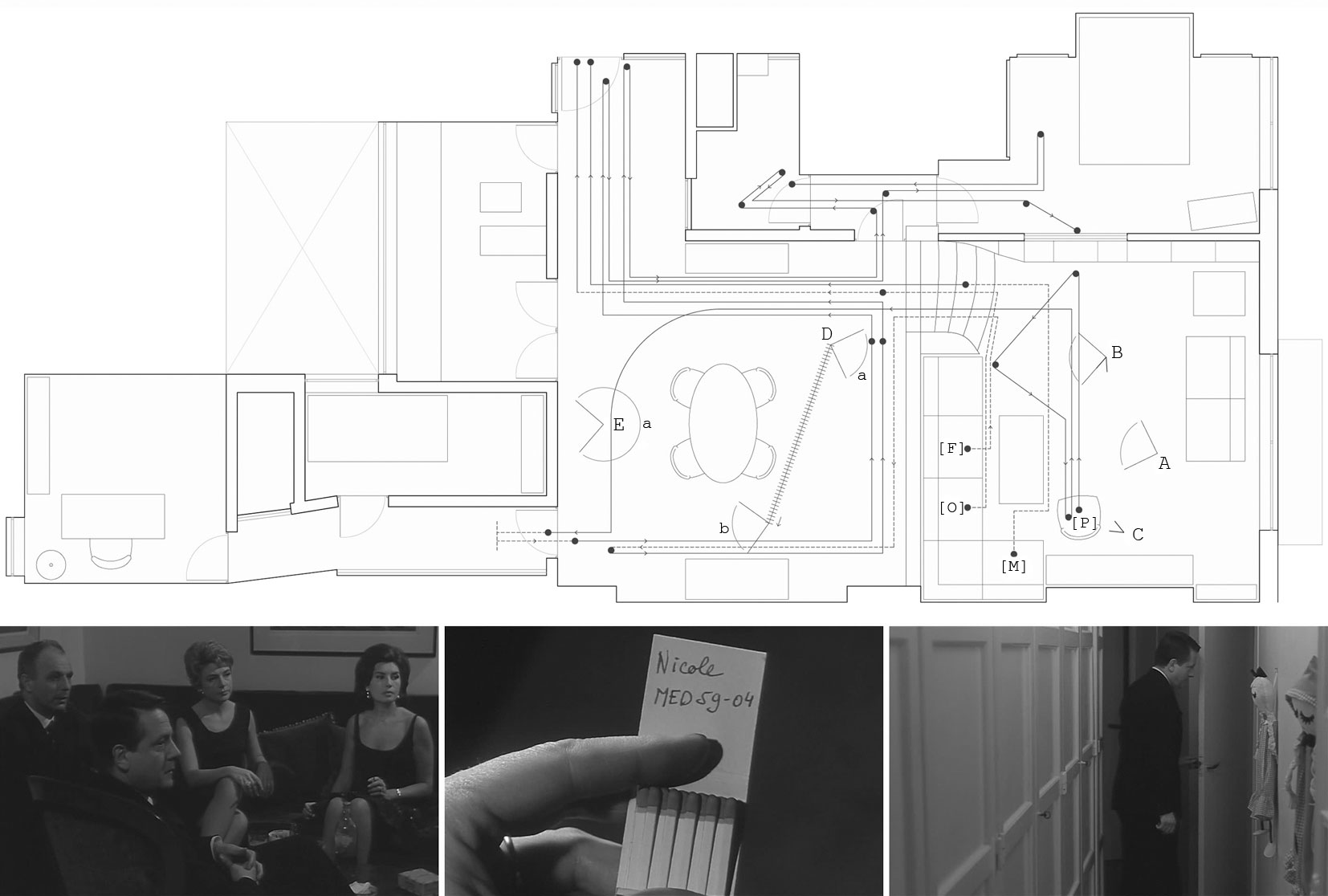 The book is structured in five main sections. After a brief introduction, entitled The architect and the filmmaker, the chapter Professional considerations is developed, in which the work procedures of both proffesions are compared from different points of view. Then, The selection of the filmmakers and their works justifies the collection of films that will serve as a basis, not exclusive, to the film analysis that the book contains. The chapter Form and method is structured in two parts. The first one, Metrics and Rhythm, develops with great interest the possible analogies between the architectural structure, formal and resistant, and the filmic structure. Then, The false return addresses one of the fundamental aspects of the book: the archaeological process through which it is possible for an architect to draw with certain precision the scenes of a film exclusively through the detailed observation of the images of a motion picture. Finally the main chapter, Nine looks, tackle the cross-analysis of the selected films based on nine formal criteria, establishing interesting connections between cinema, architecture and other arts.

An essential book that opens new windows on the complex and intricate world of the relations between cinema and architecture.

Authour of the review: Pedro Molina-Siles 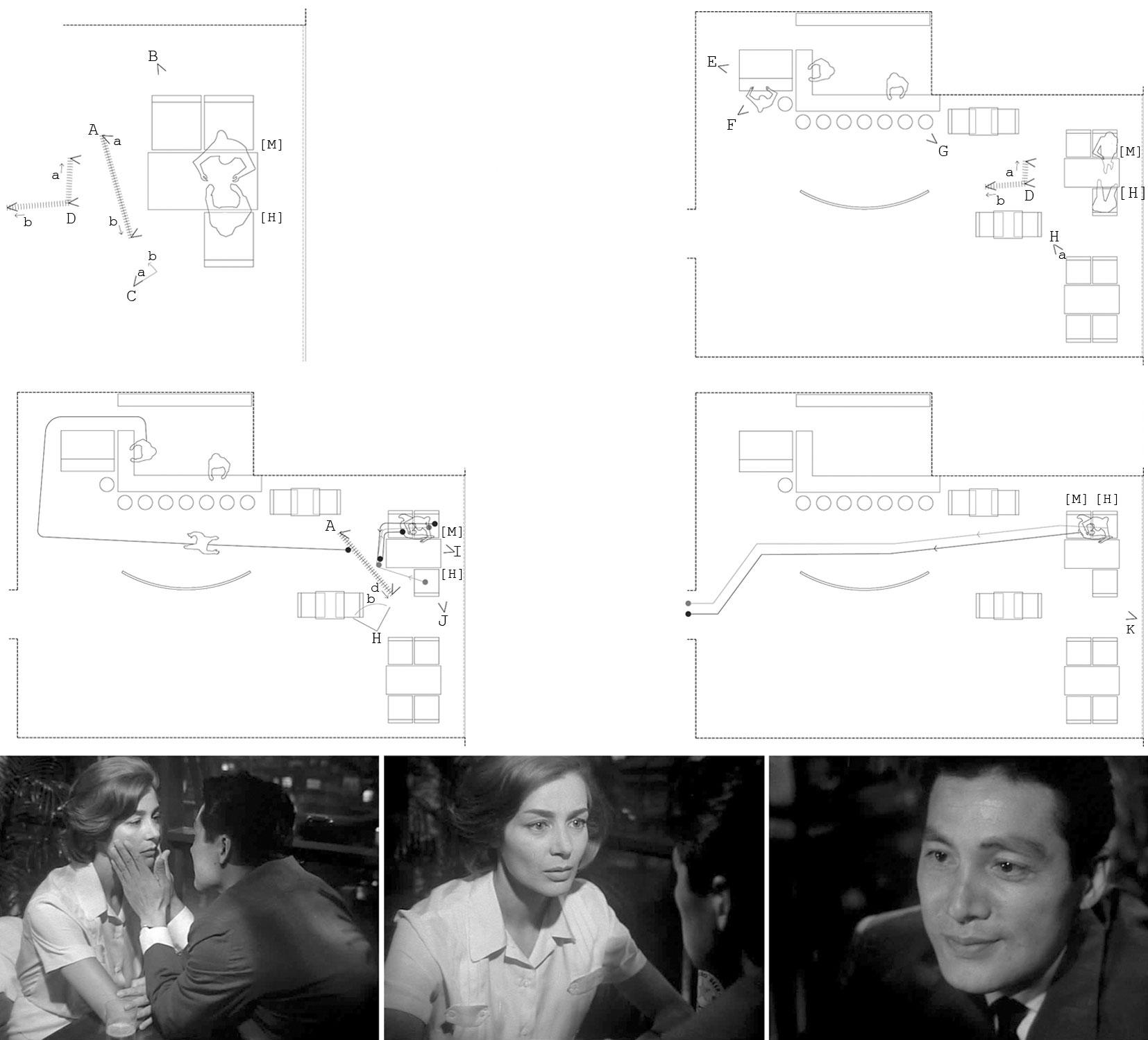 INDEX OF THE BOOK

1      The architect and the filmmaker

1.2    The possibility of a shared analysis

3      The selection of the authors and its works

4.2.3  The truthfulness of the representation

5.7    The visibility of the artifice